All information about our products

Hanging meat is the process of aging or maturing meat by hanging the carcass (or part of it) from a hook. It is usually done in a temperature-controlled room with good air circulation. Butcher’s shops have an ageing room, which is basically a large refrigerator with a large fan.

During hanging, the enzymes in the meat make the muscle fibres softer and more elastic, which eventually leads to the meat becoming tender. Actually the aging process is also the beginning of the decomposition, but there is nothing to worry about, because when the butcher keeps it in the right conditions and temperature, the actual decomposition that will spoil the meat will not occur for weeks, or even months. 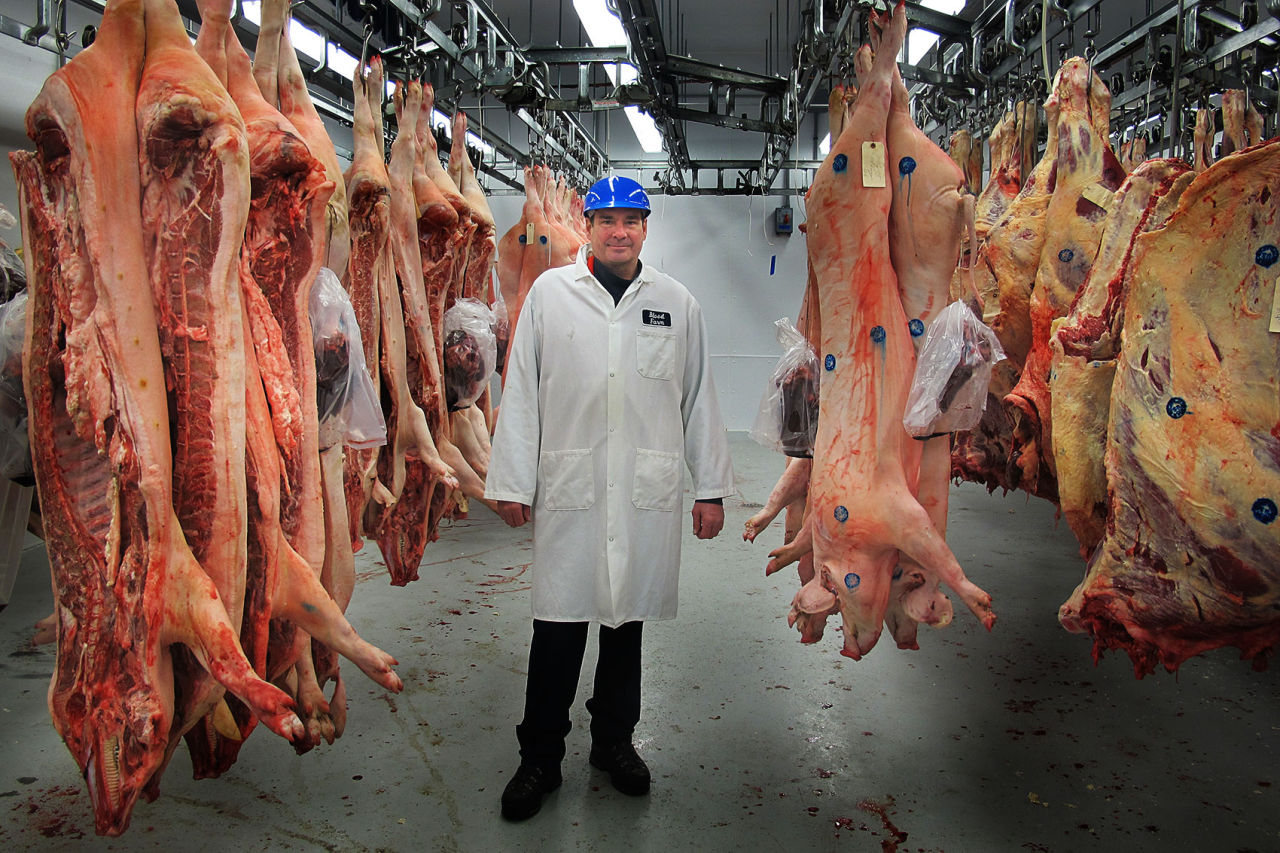 The meat loses moisture when it is hung, which is great when cooking. Young meat is usually moist and before it is hung up it has too much water in it which if not removed ends up in the frying pan. The moisture expands during cooking and seeps through the stretched fibres of the meat. Interestingly, this means that “wet meat” actually ends up drier after cooking. Well-hung meat is tastier and more tender than unhung meat, it’s that simple.

Keeping the meat hanging is probably the most important stage of good butchering. It is really important for the quality of the meat.